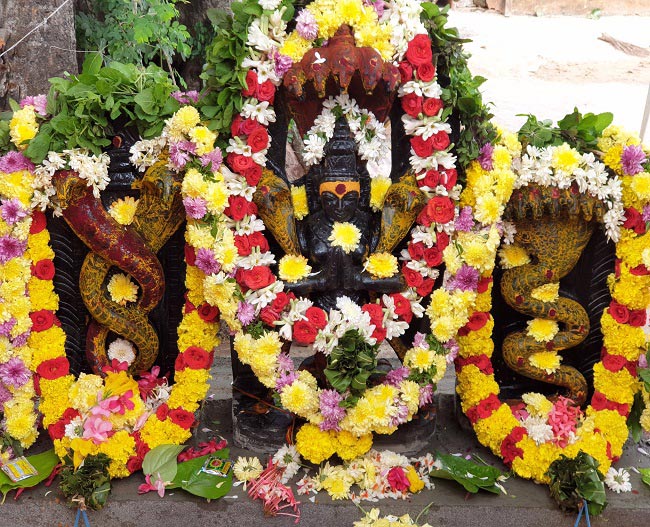 Greetings to all!
Salutations to the Guru! My respects to everyone who is dearer to God including the saviors of Hindu Dharma comprising Vedic scholars, preachers, ancient Vedic astrologers, cow protectors, and others. As per the ancient Vedic Astrology, the consequences of sins and virtues must be experienced by man in the next life. Likewise, everybody must pay in this life for all the good and bad deeds done in the previous life. The Creator imposes on us certain penances like Naga Dosha, Sarpa Dosha, and Kuja Dosha for different kinds of bad karmas. But one surprising thing Hindu Dharma-shastra says is that we get wonderful results if we worship the Serpent God in some special ways and atone for all serpent-related wrongs which torment us. Now, in this connection, let us know some amazing things related to serpents.  The serpent has a great significance in Hindu culture. Accordingly, each deity in the Hindu pantheon has a serpent connection. Puranas say that Lord Maha Vishnu lies on Adiseshu in the ocean of milk.  A serpent adorns Lord Shiva as his necklace.

A serpent adorns Lord Ganesh around his waist. The absolute monarch the Sun holds serpent-like reins while riding His chariot. Among the Navagrahas, Kuja, Rahu, and Ketu are related to the serpent in their depiction. Likewise, every god has a link to the divine serpent.  Also, the serpent represents Lord Subrahmanya as His incarnation and is worshipped accordingly.  As per the legends and Puranic treatises, Lord Subrahmanya appears in the form of a serpent to punish the evildoers and protect the devotees besides killing demons. And the Lord had incarnated as a serpent to wed Goddess Valli.

Our elders from the ancient past have worshipped Lord Subrahmanya in the form of  Serpent.  Lord Subrahmanya is also called Kartikeya, Kumaraswamy and Scanda. In the epics and Puranas, the following are also considered as incarnations of serpents: Adiseshanaga, Anantabaga, Vasukinaga, Takshakanaga, Karkotakanaga, Padmanaga, Mahapatmanaga, Sankhanaga, and the like. Lord Subrahmanya is worshipped both by Shaivites and Vaishnavites. It is no exaggeration to say Subrahmanya is God having all the auspicious characteristics of a direct deity, namely, the god who can be seen.  Hindu epics say that Shanmukha, the six-headed, is an embodiment of wisdom, wealth and power.  In India, snakes are worshipped according to the Hindu faith that believes snake is a form of of Lord Subrahmanya.

Likewise, snake is a wonderful creature that is inextricably linked with the Hindu way of life. Worshiping snakes is not a recent phenomenon. According to Indian Astrology, the planets Kuja, Rahu and Ketu are said to be snake-related celestial objects. Snake worship clinches marriages especially for those who are waiting to be wedded. The childless will bear children. Good health for those suffering from Chronic skin diseases. There will be increased initmacy among couples. There will be good progress in business, employment, agriculture. In the same way, as per horoscope too, you will be liberated from the Kuja Dosha, Kala Sarpa Dosha, Naga Dosha, Sarpa Dosha, Sarpa Sapa, Pitru Dosha, and various other Doshas.  Epics say that snake worship has the power to remove Panch Mahapatakas, the five sins. And as part of Dharma, snake worship ensures reduction of Sarpa Sapa/ snake curse and eventually it leads to the raise of divine power that in turn ensures timely seasons in right proportions and measures. Dharma Shastra says that the world will become prosperous.

There will be no covetousness in our Peeth.   A miraculous ritual of Naga Pratishta will be conducted with your own hands overseen by Vedic Brahmins scientifically according to the standards of Naga Shastra for various kinds of unproductive Doshas like Naga Dosha, Sarpa Dosha, Sarpa Sapa/curse, Kuja Dosha, Kala Sarpa Dosha, and Pitru Dosha.  Naga Pratishta and Ashlesha Bali Sarpa Sanskara and Navagraha Japas will be performed. Lord Kumaraswamy is the six-headed, twelve-handed and twelve-eyed Vaidya/Medic. Salutations to all wishing that the golden-hued Shanmukha, son of Parvati will give you salvation and protect you forever and due to the divine grace of Serpent Subrahmanya laet a lot of good happens to you.